“An absolutely indispensable guide to understanding the nature of the modern Libertarian movement... This book is a wake-up call to anyone who cares about American democracy.” Andrew Koppelman is John Paul Stevens Professor of Law, Professor (by courtesy) of Political Science, and Philosophy Department Affiliated Faculty at Northwestern University. He received the Walder Award for Research Excellence from Northwestern, the Hart-Dworkin award in legal philosophy from the Association of American Law Schools, and the Edward S. Corwin Prize from the American Political Science Association. His scholarship focuses on issues at the intersection of law and political philosophy. He has written more than 100 scholarly articles and seven books, most recently Gay Rights vs. Religious Liberty? The Unnecessary Conflict, Oxford University Press, 2020.

About Burning Down the House

In 2010 in South Fulton, Tennessee, each household paid the local fire department a yearly fee of $75.00. That year, Gene Cranick's house accidentally caught fire. But the fire department refused to come because Cranick had forgotten to pay his yearly fee, leaving his home in ashes. Observers across the political spectrum agreed—some with horror and some with enthusiasm—that this revealed the true face of libertarianism. But libertarianism did not always require callous indifference to the misfortunes of others. “Andrew Koppelman is one of the most thoughtful law-and-religion scholars in America, and this book is an impressive accomplishment.”

“Andrew Koppelman has magnificently captured the current legal, political and policy-related lay of the land in Washington. His insightful analysis here should be mandatory reading for anyone concerned about the future of health care in America.”

“This is the best guide to the philosophical and constitutional questions raised by the culture wars. Koppelman's clarity and insight set a new standard for the debate.”

The Unnecessary Conflict Between Gay Rights and Religious Liberty 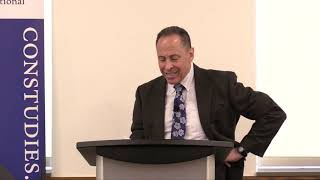